Fostering awakening and its embodiment in worldly life, through the application of authentic, rigorous Buddhist and modern practices. 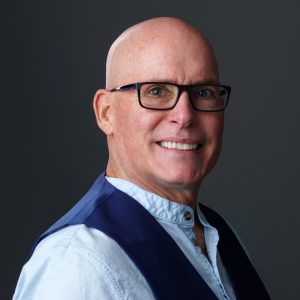 Stephen Doetsu Snyder began practicing daily meditation in 1976. Since then, he has studied Buddhism extensively—investigating and engaging in Zen, Tibetan, Theravada, and Western non-dual traditions. He was authorized to teach in the Theravada Buddhist tradition in 2007 and the Zen Buddhist schools of Soto and Rinzai in 2022. Stephen is a senior student of Roshi Mark Sando Mininberg.

Stephen’s resonant and warmhearted teaching style engages students around the globe through in-person and online retreats, as well as one-on-one coaching. He encourages students to turn toward their true nature and, with realization of their true nature, embody their true identity. Stephen is the author of four books, including Trust in Awakening, Demystifying Awakening and Buddha’s Heart. He also co-authored Practicing the Jhānas.

"With Stephen's thoughtful guidance—both in group talks and one-on-one sessions—I found a deep and lasting connection with my heart, and a taste of inner peace."

"Stephen is the first teacher I have worked with who leaves me without a sense of inner conflict and whose conduct matches his teaching."

"Stephen teaches in a clear, grounded, and thoughtful way, with a dash of humor. He has been an anchor for me as my practice has progressed over the years."

"Because of daily meditation practice and Stephen's guidance, I feel more tender, capable, and peaceful in all aspects of life."

"Stephen guided me into a whole new aspect of meditation that changed my perception of what meditation is about. In one-on-one meetings, Stephen always has useful and loving advice to offer."

"I met Stephen during an incredibly difficult time… his gentle questioning, 'What else is here?' transmitted a recognition of great beauty in me that I'd neglected to see. In finding my own innate goodness, I came to know the innate goodness of life itself."

"I was drawn to Stephen because he talks openly and concisely about the jhānas and how to have deeper realisations with these meditations. Being able to talk about these practices in a practical manner has shown me the possibilities of where the practice can lead to."